Greetings from the Land of the Long White Cloud, Aotearoa/New Zealand. I’m an ex-pat South African originally hailing from (I’m sure my greetings may have tipped you off) KwaZulu-Natal, living in New Zealand for the past 6 years. I was honoured to receive a request from blahpolar to write a guest blog post here at Our Lived Experience.

My name is (not) Lola Bipola. As Blah pointed out to me the other day, I’m quite lucky to have been given a name that coincidentally rhymed with my disorder. That was some serious psychic foresight on my parent’s part. But it all seriousness, I have chosen to remain anonymous because I’m studying to become a psychologist. You would think that wouldn’t be any reason to hide one’s identity, but sadly, (research has shown) the truth of it is, mental health professionals are the worst stereotypers of people with mental illnesses! I know, right!!!! Seems ludicrous, but there you have it. You can see more about me on my About page…

I wasn’t really sure what to talk about when first asked to guest blog, and to be honest, I haven’t given it a lot of thought – and by that I mean, I still haven’t come up with an idea, despite wondering what to talk about for the past couple of days… So, I’m going to just wing it – fly by the seat of my pants, so to speak… Much like most things I do in my life…

I was diagnosed with Bipolar disorder some time in March 2015. I can’t remember the exact date because I was in a bit of a state to be fair. I was trying to descend from an impressive (and by that I mean “devastating”) manic episode, save my marriage, and prepare for a week long trip away from my family, and my husband, who, understandably, was having some serious trust issues with me. Although I was only recently diagnosed, I had for many years suspected that I may be bipolar, and looking back (hindsight being 20/20 and all that), it is blatantly obvious (to me) that I have been bipolar my whole life. The early years were spent in an almost perpetual hypomanic state.

I had my first major depressive episode when I was 19, and another when I was about 22. Shortly after this MDE, I become very ill with some mysterious illness, which was later diagnosed as ME (yuppie flu). I spent 6 months in bed, unable to move – I had to be helped to brush my teeth and bath, and absolutely any physical movement left me in an enormous amount of pain. I felt as if the blood in my veins was on fire. My head felt like it was stuffed with cotton wool, and was about to explode. I couldn’t sleep despite being absolutely shattered, and I had tremors. When I recovered enough to get out of bed, I spent the next two years never leaving the house. I didn’t smile for those two years either. I would watch my favourite movie over and over, hoping to get a giggle out of myself… Nothing.

As I mentioned, the illness was a mysterious one – the doctors could find nothing wrong with me. I had blood tests aplenty – all negative – I even had the terrifying HIV one – well, the test itself isn’t terrifying! The waiting for the results was terrifying! I was having weekly B6 and B12 injections – nothing helped. In hindsight, I suspect my body was simply protesting to the years of abuse (and by abuse I mean mania and all the, shall we say “interesting”, behaviours that manifested in me). I was treated with antidepressants, sleeping pills, and benzos. I loved me those benzos…

Once the two year depression lifted, and the (psychologically) abusive boyfriend was handed over to another, I moved out of home to live with four of my favourite people in the world. We don’t keep in touch much since I quit FaceCrack, but I will forever adore those four. We had THE most fun. There was mania aplenty for them – so I provided much entertainment in those days, particularly when I had to take those benzos… They would wait for me to take them and climb into bed just as they were kicking in, and then the boys would come into my room, and make me sit with them in the lounge and talk shit – apparently I’m hilarious when I’m relaxed!

It was only after I moved to Johannesburg in 1997 that I began to seek help for my increasingly angry and depressed behaviour. Of course I never sought help when I was manic because I was having SO much fun! But the inevitable depression, which lasted much longer than the mania ever did, was harder to handle. I was super lucky to find an amazing psychologist in Fourways, Sandton (darl), but not before I went through a couple of fruitcakes first!

Anyway, to cut a very long story short, I lived in Johannesburg until the end of 2000 when I found myself knocked up, and unemployed. That was the best thing that could’ve happened to me. Falling pregnant with my son, who is now 14, saved my life. I was out of control. I moved back to KZN to live with my parents, and I believe that I went into remission for about three years.

I then met my husband in 2005, we were married in 2007, and moved to NZ in 2009. A LOT of shit went down in those few years, but there’s no time to talk about that now… I spent the first 2 years here with little trouble. A bit of depression, but nothing major – probably my “normal” state. 2011 brought another MDE which lasted 11 months, and then after my last baby was born, I was SUPER happy, but not behaving badly, for about a year. Then the wheels fell off and I had to go onto antidepressants.

I can’t really say whether there are differences or similarities in how people are diagnosed or treated between South Africa and New Zealand. Even in NZ, I had to go to the GP and say, “Hey, bro. I think I have bipolar.” I don’t think it would have been picked up otherwise because whenever I sought help, even here, it was only ever for depression and anxiety. I’ve never been to the doctor when I’m feeling fabulous and unstoppable! And when I’m depressed, I don’t seem to be able to recall ever feeling fabulous and unstoppable. I once asked a psychologist here if anyone ever really felt “ecstatic”. At the time, the idea seemed ridiculous to me. And believe me, I’ve felt ecstatic before! But it seems to me that that feeling of ecstasy is dangerous, because it just leads to torment.

What I can say though, is that my medication costs me $5, plus the doctors fee ($36) every three months, there is a crisis line I can call if I feel I’m in any danger of harming myself or others, and I can take myself to the hospital if I need to, and I know I’ll be looked after. And that won’t cost me a cent. Also, studying psychology here, and studying the psychologists’ code of ethics in NZ gives me some hope that people who suffer mental distress are treated with respect and kindness – I can’t say the same for psychiatrists, because my experience so far with the one I’ve come into contact with leaves much to be desired. However, having said that, I believe that the apparent lack of “care” or “respect” could be due to their enormous workload. Its no excuse, but it could explain my perception of how it all went down.

I had one appointment with the psychiatrist. My husband came along. I had to repeat to the psychiatrist all the hurtful things I had been doing, but there was also a lot of stuff I couldn’t say because my husband was there. At the end of me spewing all my personal, shameful behaviours to him, with (to my recollection) no questions from him at all, this is what he said:

“Yup. Ok. That’s bipolar. I want you to take these pills, and we’ll wean you off the antidepressants you’re on now.”

But I’m here to tell you, I’m going to change the world my lovelies ;-) 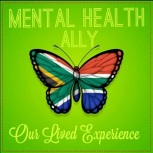 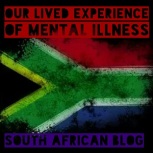 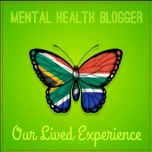 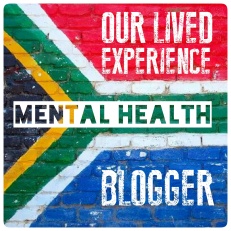 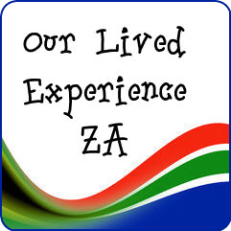